Seminar: Automatic for the People 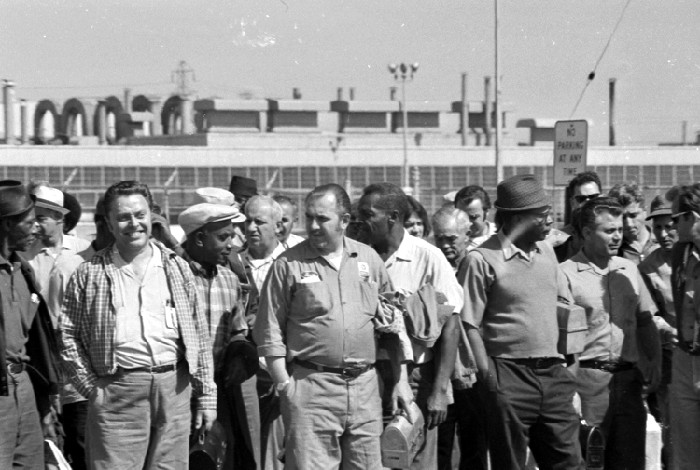 In 1976, as noted by a recent Viewpoint Magazine piece, Johnny “Guitar” Watson, a former sessions player for Frank Zappa, whose landmark West Coast funk compositions effortlessly fused his auto-theoretical “gangster of love” persona with post-soul, pre-discotheque blues guitar, released the eponymous single from his album Ain’t That A Bitch—the same year Milton Friedman won the Nobel Prize in Economics. And I quote: “Everything is outta pocket! / Somebody do something! / The present situation is abstract!” In 2015, James Franco committed to film the character “Alien,” purportedly based on real-life Houston-based rapper Riff Raff (who has a giant tattoo on his chest of Bart Simpson holding a beaker that reads, “The Freestyle Scientist”). Right around the time of Friedman’s victory speech (“Inflation and Unemployment,” dedicated to the memory of Alfred Nobel), Dr. Funkenstein (George Clinton, the “cool ghoul with the funk transplant”) and his Holy Mothership began to hover around a new consumer class of Thumpasorus peoples, just as Parliament-Funkadelic’s cosmological dispersion mirrored another kind of outsourcing—paraphrasing here, but why not put the jobs someplace they’ve never been: like on a spaceship, or an integrated-circuit production line. Emphasis on the downbeat, then the history of automation, then aliens. The shared history isn’t some mute-poetic post-automatic ontological flirtation: it’s embedded in Kurt Vonnegut’s first novel Player Piano, and intertwined with the anomie registered by the twentieth century’s increasing alienation of assembly-line workers and e-commerce representatives. In 1963, Detroit autoworker and Marxist activist James Boggs wrote The American Revolution: Pages from a Negro Worker’s Notebook, about his experiences at the Chrysler Jefferson Plant, where he presupposed a new generation of the working class made obsolete by advances in heavy labor automation, left without a body to sell or their own labour-power to broker the deal.

I am a factory worker but I know more than just factory work. I know the difference between what would sound right if one lived in a society of logical people and what is right when you live in a society of real people with real differences. It may sound perfectly natural to a highly educated and logical person, even when he hears people saying that there is going to be a big riot, to assume that there will not be a big riot because the authorities have everything under control. But if I kept hearing people say that there was going to be a big riot and I saw one of these logical people standing in the middle, I would tell him he’d better get out of the way because he sure was going to get killed.

Reforms and revolutions are created by the illogical actions of people. Very few logical people ever make reforms and none make revolutions. Rights are what you make and what you take.1

How did blip blip Marx’s Labor Theory of Value 010101 Space is the Place Where I Go All Alone take us through deregulated technocratic neoliberalism and to the other side?—or rather: was the simulated proprietary satellite mapping that Curtis Mayfield fever-dreamed in “Diamonds in the Back” merely another form of fully automated luxury communism? We now know the Waze to your Uber Pool’s rendezvous with the Awesome Power of a Fully Operational Mothership (T.A.P.O.A.F.O.M.)—or, long story short: “Abdul-Jabbar couldn’t have made these prices/with a sky hook.” Funk emerged in the waning days of Fordism’s hold on the American economy, before the analog synthesis of the drum machine replaced actual percussion and workers were brokered out of politics. Funk parallels Jimmy Hoffa, Wattstax, the death of Henry Ford’s crony Harry Bennett, the arguments of Jefferson Cowrie’s Last Days of the Working Class, Dock Ellis throwing a perfect game on LSD, the goddamned Deer Hunter, Paul Schrader’s Blue Collar, stagflation, the threat of nuclear annihilation and concerts mounted against such, pro-labor PACs, Betty Davis’s “Politician Man,” two energy crises, the Business Roundtable Lobby, Bootsy Collins dropping acid and flipping over the handlebars of his road bike in the middle of the woods thus triggering an out-of-body experience, and good ol’ monetarist theory. P-Funk’s Mothership is now in the Smithsonian Museum. “Strike on Computers!,” as Watson suggested. One Detroit afternoon in 1996, I attempted to climb through a window of the abandoned Studebaker-Packard Plant and cut my foot on a shard of glass—perhaps manufactured in the form of a Pepsi bottle at the Mack Avenue warehouse two blocks away or two decades before. I bled for a while through an anklet, but then we listened to the Fugees cover Roberta Flack’s “Killing Me Softly” on someone’s CD copy of The Score (playback technology developed by the Advent Corporation) the rest of the ride home.