The Museum of Science and Industry’s permanent collection includes both a twenty-foot, ceiling-mounted Tesla Coil and a 2008 Tesla Roadster, the same make and model as Musk’s personal vehicle, which served as the initial dummy payload for the SpaceX Falcon Heavy rocket, launched in February 2018, making it the first CEO’s car to reach beyond the orbit of Mars, and also marking the debut of that one time when the world’s 54th richest person looped the David Bowie song, “Space Oddity” (David Bowie; Philips, 1969), via a piece of soon-to-be-interstellar debris’s banger sound system.10 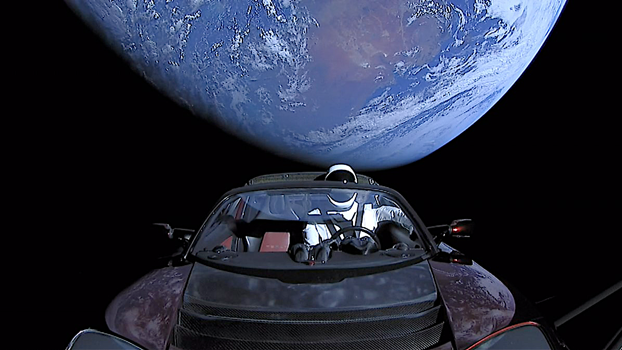 Figure 5: "I wish I were making this image up."

SpaceX’s second autonomous drone ship goes by the name, Of Course I Still Love You, an ode to Scottish sci-fi writer Iain M. Banks and his book The Player of Games (1988), which advances the idea that a society based on the mastery of games is inhumane; game theory started to scare the shit out of me when I learned Bob and Alice were common placeholder names in science and engineering, and that I had confused a description of Nash equilibrium (“Alice and Bob are in Nash equilibrium if Alice is making the best decision she can, taking into account Bob’s decision while Bob’s decision remains unchanged. . . . .”) with a 1969 film by Paul Mazursky. Bob & Ted & Carol & Alice won the Academy Award for Best Original Screenplay, and coincidentally, was the first film in which I bore witness to: 1/ an implied orgy, and 2/ the pre-post-Fordist libidinal economy. Same thing!

A recent piece in the San Francisco Chronicle relayed the following anecdote about Elon Musk: while visiting the Gigafactory 1—Tesla’s lithium-ion battery production center, located in Clark, Nevada, about seventeen miles outside of Reno, aligned to True North to facilitate GPS locating—Musk observed that, “a machine that wound electrodes into formations known as jelly rolls was too slow.”11

Musk jammed the machine, as the French say, to increase the speed of manufacture; by the end of the day, it was operating ten times faster.

Following his death, jazz pianist Jelly Roll Morton’s longtime companion Mabel Betrand bemoaned to the American ethnomusicologist and folk historian Alan Lomax, “I have been loved by a great man. I have watched a genius at work in the cold, lonely hours.”12 Purportedly, while modernism set its cruise control for the next fifty years, back in his hometown of New Orleans, Morton had struck a series of bargains with his godmother, Laura Hunter, a voodoo priestess, involving the “give-man zombie,” a ritual in which one’s success is achieved in exchange for the reclamation of another man’s soul. Ostensibly, the only problem with this scenario was the somewhat canonical knowledge that when your priestess dies, so did you: in keeping with the voodoo curse or an undercurrent of reified coincidence, Morton heard news of Hunter’s passing on July 6, 1941, then died four days later, following an eleven-day-long hospital stay at Los Angeles General initiated by an asthma attack.13

Copacetic with the labor theory of value, Marx rather famously suggested that after you remove the use-value of a commodity—like, say,  the future—all that remains is “the same spectral objectivity, a pure jelly of undifferentiated human labor.”14

I remember the first time I learned that a member of the Trump Administration’s legal team was named Ty Cobb. “Ty Cobb, King of the Smoking Tobacco World,” was the header on a 1910 Lucky 7 baseball card priced by the Professional Sports Authenticator (PSA) at $1 million, while “Former Trump lawyer Ty Cobb dances to band called Copstabber,” read the recent title of a post at The Hill, a “nonpartisan” (conservative-leaning) political website.15

Public Service Announcement (PSA): Paul Kammerer, an Austrian biologist and early adopter of epigenetics, was the world’s first taxonomist of seriality. For Kammerer, these concurrences of events without any apparent causal connection were merely, “visible peaks of larger moving entities of organized information.”16

According to John Townley and Robert Schmidt:

What is implied by Kammerer’s threefold approach to seriality is virtually a ‘Law of Conservation of Information’ (our phrase, not Kammerer’s), which suggests that at whatever rate its apparent dispersal, no information is lost. It only vanishes from our bandwidth of perception, to reappear in altered but often unrecognizable form down the road. Even where things appear to have come to a complete halt, the very energy and information lost in the race toward equilibrium are stored in adjacent systems and come back in evolved form to rejuvenate the original into new life—which suggests that these adjacent systems are simply part of a functioning larger one that contains them all.17

Kammerer’s book Das Gesetz der Serie (The Law of the Series, 1919) would not only go on to influence Carl Jung’s idea of synchronicity (1922) and the erratic web postings of online quasi-New Age inquirers, but also presage much of today’s chaos theory debates about the behavior of dynamical systems. In other words: a riot of coincidence is the civil disorder of the future.

The market we dedicate to such things—an auction in which one can buy and sell commodities or financial instruments in the form of a standardized forward contract between strangers, which legally binds one to then buy or sell at a certain predetermined price, at a specific date, outside of the present—is simply called, “Futures.” Often imperiled by the phenomenon of the multiple overlapping time series (MOTS), the futures market, like other forms of fiscal speculation, legitimates its use of non-continual temporal structures through the performance of language, which is then internalized or accepted by those dependent on its maintenance and preservation as a metaphysical reality. We understand futures pricing through concepts like the “nearby series” or the “nearby”—because in any given instance, multiple contracts mature at different rates, such that the “first nearby” might be a time series that consists of the prices, in any given moment, of the nearest-to-maturity contract for soybeans, while the “second nearby” time series would correspond to the second-to-maturity contract for such, and so on. Even “momentum,” in financial literature, refers to a repeated performance distributed over hypothetical time; crude oil futures are among those with the most momentum, the most actively traded. I’m thinking of a line from the Juliana Spahr poem, “Transitory, Momentary” (2016), where she writes of Brent geese and West Texas Intermediate sweet crude, among other things:

“The refrain is the moment when the singer makes it clear that they understand something about what is being lost.”18 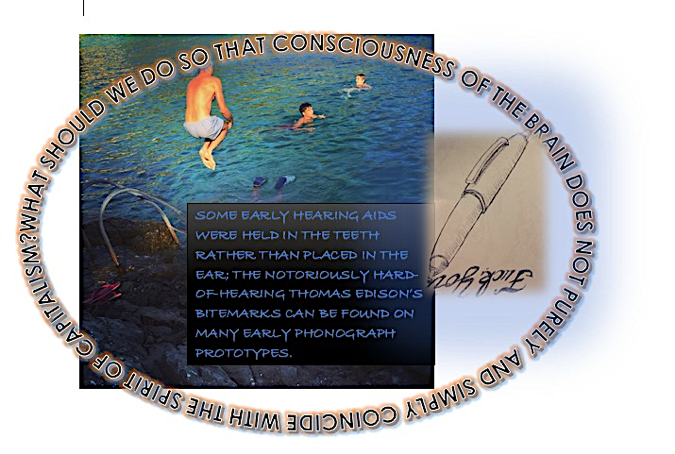 The Italian Marxist semiologist Paolo Virno, in his recent book Déjà Vu and the End of History (2015), part of the Futures series put out by Verso Books, attempted to reconcile Henri Bergson’s philosophy of time—the crucial components of which include the memory of the present and the experience of déjà vu, via which, according to Bergson, the future becomes closed—with the origins of historical materialism.19 For Virno, the spectacle of déjà vu, “concerns, first and foremost, the post-historical inclination towards watching oneself live.”20 What he means is that déjà vu is the experience of the ordinary: there’s never going to be anything novel about repetition, a project meant to trap us in the viewmaster of an inescapable present, only legible at the moment when we narrate the future as anything other than a prescriptive sequence. In other words: memory time is pathological time, and it makes us accept as naturalized, even fatalistic, certain phenomena better attributed to the potent unconscious algebra of misrecognition.

Libidinal Economy (1974), a book by the French postmodern philosopher Jean-François Lyotard, was published three years after then-President Nixon ceased the international convertibility of the US dollar to gold. Though Lyotard’s work helped to institutionalize the micropolitics of desire, it was also more-or-less an invocation to the impotent time-sweep of indefinite progress, through which the coercive stunting of libidinal intensities leaves us so woke and shook that we cannot deny our investment: all political economies are libidinal, and every exchange originating in the libido is unconditional. The libidinal economy was theorized because orthodox Marxism let us down—in my humble opinion, all Marx ever wanted was to write a historiography of capital that ended with a temporality no longer predicated on the internalization of labour-power, and what he got was “late capitalism” as a generic synonym for the totalizing experience of time, as extrapolated by the inheritances of lazy post-Enlightenment metaphysics, under the impetus to keep producing something, like, for instance, criticality.

Are we, intellectual sirs, not actively or passively producing more and more words, more books, more articles, ceaselessly refilling the pot-boiler of speech, gorging ourselves on it rather, seizing books and ‘experiences,’ to metamorphose them as quickly as possible into other words, plugging us in here, being plugged in there, just like Mina on her blue squared oilcloth, extending the market and the trade in words of course, but also multiplying the chances of jouissance, scraping up intensities wherever possible, and never being sufficiently dead, for we too are required to go from forty to the hundred a day, and we will never play the whore enough, we will never be dead enough.21

In the libidinal economy, surplus value is sexy; the pulsation of the libido and its pursuit of the pleasure principal are already fresh out of signifiers: if anything can be a dick, then we choose to fuck money all day long, even after we’ve untethered it from currency and affixed it to the penetration of our political desires.22 If it’s baroque, don’t fix it: in the age of financialization, in which everything can seemingly be made over in the image of the market, the intertwining of pleasure and commerce no longer has much to do with use or exchange. Now, instead, the interstice assumes the position of the speculator, alternately satisfied and repulsed by how a Donnie Darko-beam of blue light emerges from unconscious experience and pulls them into political common sense. The experience of surplus isn’t surplus, of course: it’s built into the idiom of the free-market—those who better know how to co-opt our libidinal intensities, best know how to put hegemony in praxis. You can’t terminate the pleasure principle. You can terminate: NGOs, non-profits, public sector funding, benign middle management positions predicated on bureaucracy’s structural violence, and your slate of adjunct classes.

Perhaps Catherine Malabou put it better: “What should we do so that the consciousness of the brain does not purely and simply coincide with the spirit of capitalism?”23